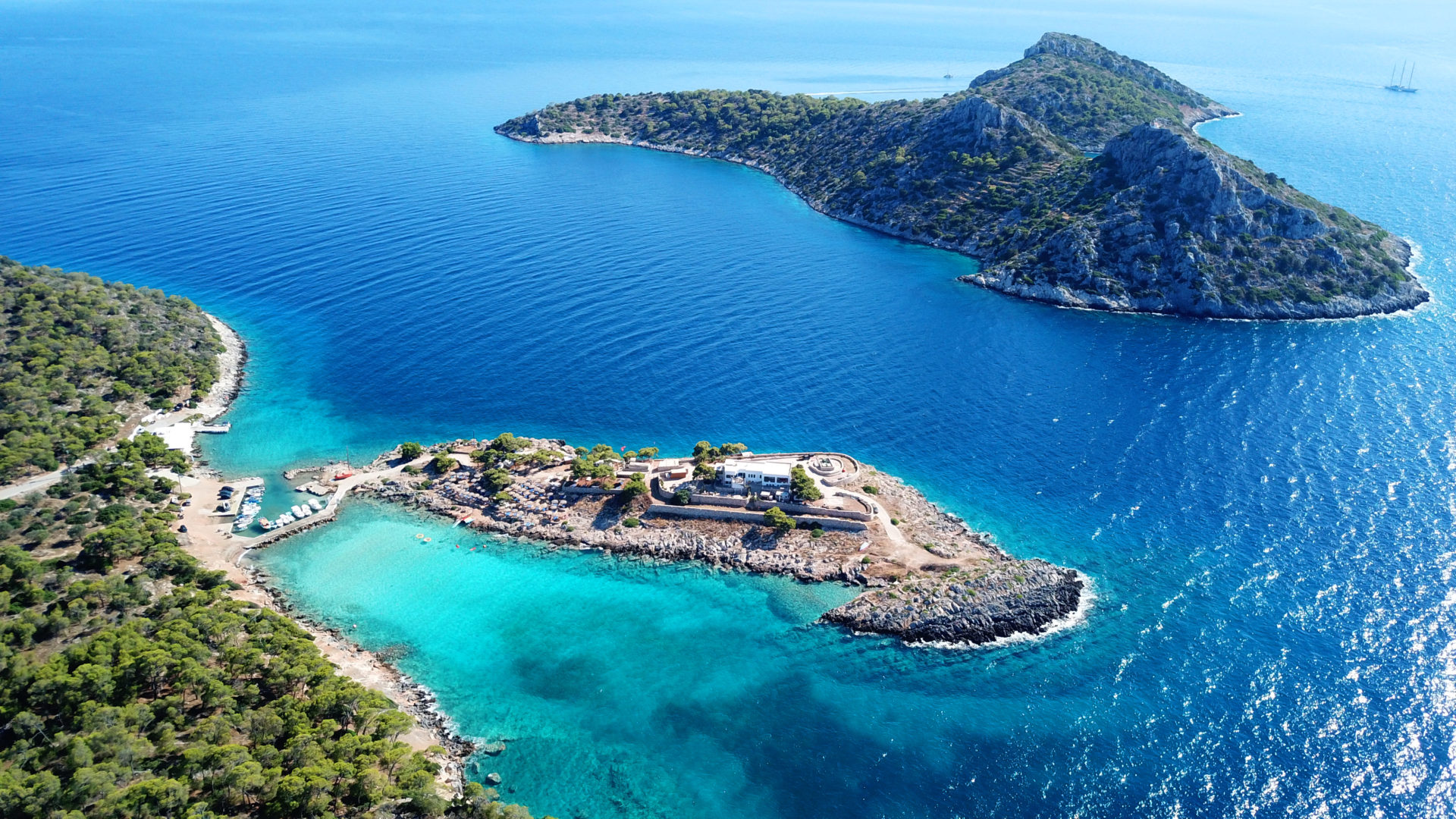 A green island in the Saronic Gulf

Agistri is a small pine-clad island, with pristine beaches and crystal-clear waters; it’s a popular destination for all those keen on outdoor sports such as hiking, cycling, sailing, kayaking or horse riding. The place is ideal for those of you who wish to take a break from your daily routine, and enjoy some peace and quiet, long walks in the countryside, great food and lovely beaches.

Since ancient times, Megalochori (the island capital) has been a safe haven for ships which carried goods and supplies to its harbour. Over the ages, Agistri shared the history of neighbouring Aegina Island. Legend has it that it was part of the kingdom of Aiakos of Aegina, and it is believed that modern-day Agistri was ancient Kekryfaleia, known to have been an ally of Aegina during the Trojan War.

There are three villages on the island: Megalochori, Limenaria, and Skala. Visit them, get to know the local traditions, and taste delicious local dishes. Stroll along the island’s picturesque little alleys, visit the traditional coffee houses and the windmill.

The island capital is a charming little town where you will find several hotels, tavernas and popular beaches. Its natural harbour offers berths to flying dolphins and ferry boats. Skala is the island’s second harbour, on the NE shores. During the summer, there are bus routes connecting all villages and most of the beaches, so if you don’t have a car, fret not, hop on the bus!

Make sure you visit:

Aponisos islet, which is separated from Agistri by a narrow strip of sea; and Dorousa islet, with the picturesque chapel of Profitis Ilias, on the hilltop. They are both facing the SW shores of Agistri.